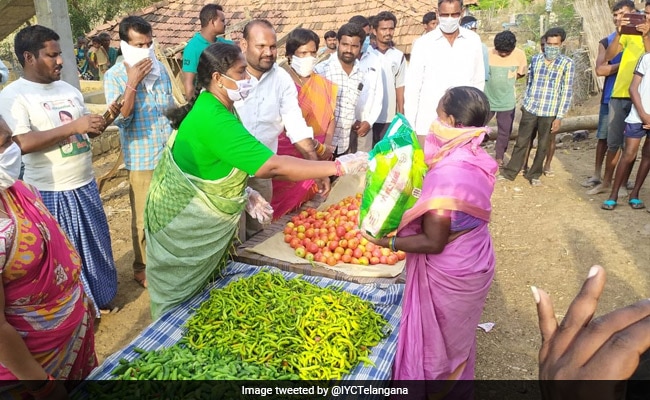 Mulugu MLA Sithakka travels virtually 20 km every single day on foot and on bike to achieve secluded areas of her constituency so as to assist the needy even because the coronavirus lockdown continues.

The ex-Maoist turned MLA has began an initiative referred to as “GoHungerGo” with an purpose to eradicate starvation among the many poor. Sithakka, who has been elected twice as Mulugu MLA, travels by way of tough terrain, carrying baggage of meals on her head to achieve the largely scheduled caste and scheduled tribe communities in far off areas.

“Since the last 40 days we have been supporting the people in 380 villages facing financial crisis and food shortage. We have never bothered about the means of transport when we are distributing food to the needy. We use tractors, autos or two wheelers to reach out to the people who are hungry,” stated Sithakka who has been distributing necessities like rice, greens, pulses, and so on. among the many villagers.

“There are so many people in the villages who don’t have white ration cards and hence are not getting ration and Rs 1,500 sanctioned by the Telangana government. I kindly appeal to the government to identify such people in every village,” she stated whereas distributing support to folks in Penugolu village.

“We are trying to reach out to every village even if we have to climb hills to reach there. If we start early in the morning at around 6.30 am, we get back by 5.30 pm in the evening,” stated Sithakka who ended up with a sprain in her leg whereas getting down from a hill the day before today.

“We are also creating awareness about social distancing and proper sanitization among the villagers,” she added.

Two-wheeler makers gear as much as restart operations